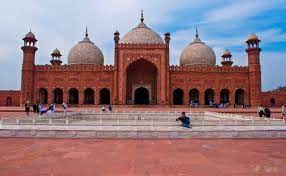 There’s no shortage of things to do in Lahore, Pakistan. Here we have mentioned the best Places to Visit in Lahore, Pakistan. Whether you’re into historical sites, museums, shopping, or food, Lahore has something for everyone. This city’s many neighborhoods offer a unique experience for travelers. Be sure to explore the old city, where you can find some of Lahore’s most iconic landmarks. Other popular tourist destinations in Lahore include the Badshahi Mosque, the Lahore Fort, and the Shalimar Gardens. There is also a vibrant arts and culture scene in Lahore, and you can find everything from traditional Pakistani music to modern art exhibitions.

Ultimately, Lahore is a city that has something for everyone, and it is well worth a visit. If you’re looking for an authentic Pakistani experience, Lahore is the place to be. In this post, we’ll share our top 10 picks for the best places to visit in Lahore.

Here is the list of the top 10 best places to visit in Lahore, Pakistan, and their complete detail.

If you’re ever in Lahore, you have to visit Badshahi Mosque. It’s one of the most beautiful mosques in the world, and it’s a major tourist attraction. The mosque was built in 1673 by Emperor Aurangzeb, and it’s huge. It can accommodate up to 100,000 worshippers at a time. The architecture is stunning, and it’s surrounded by a beautiful garden with fountains and ponds.

If you’re looking for a place to visit in Lahore, make sure to check out Lahore Fort. It’s one of the oldest forts in the country, and it’s a really beautiful example of Mughal architecture. The fort was originally built in the 16th century by Emperor Akbar, and it’s since been renovated and expanded the number of times. These days, it’s home to a museum that features a collection of weapons, armor, and art from the Mughal period. It’s definitely worth a visit if you’re interested in Pakistani history.

If you’re looking for a taste of traditional Pakistani culture, you’ll find it here. The markets are full of colorful fabrics and delicious food, and there’s always something happening in the bazaars. So be sure to put the Walled City of Lahore on your list of places to visit in Lahore!

Wahga is a village and union council (UC 181) in the Wahga Zone, close to Lahore City District, Pakistan. The town is known for the Wagah border ceremony and also serves as a goods transit terminal and a railway station between Pakistan and India. Wahga is located 600 meters (2,000 ft) west of the border and lies on the historic Grand Trunk Road between Lahore and Amritsar in India. Lahore and Amritsar are both 24 km (15 mi) and 32 km (20 mi) apart from the border, respectively. Furthermore, the Indian border settlement of Attari lies 3 kilometers (1.9 miles) away. Every evening is when the Wagah ceremony is held.

Every day, two hours before sunset, the Wagah-Attari border ceremony is held at the border gate. Pakistan Rangers and the Indian Border Security Force (BSF) conduct the ceremony, which is conducted similarly to the retreat ceremonies at the Ganda Singh Wala/Hussainiwala border crossing and the Mahavir/Sadqi International Parade Ground border crossing. Each evening, the flag ceremony is followed by a marching ritual known as the “Silly Walk ceremony.” Despite the fact that there was no fighting in 1986, the ritual began as a sign of peace. Similar rituals have recently been adopted by other Middle Eastern countries.

When it comes to places to visit in Lahore, Shalimar Gardens is a must. These gardens were commissioned by Mughal Emperor Shah Jahan in 1641, and they’re absolutely stunning. The gardens are made up of four terraces, and each one is more beautiful than the last. The gardens are also a popular spot for weddings, so if you’re planning a visit to Lahore be sure to check the calendar and see if there’s anything happening that might interest you.

If you’re ever in Lahore, make sure you visit Emperor Jahangir’s Mausoleum. It’s a beautiful building that’s been around for centuries. The mausoleum was built in 1637, and it’s dedicated to Jahangir, the fourth Mughal Emperor. The architecture is really stunning, and it’s a great place to take some photos. If you’re interested in history, it’s definitely worth a visit. And be sure to bring your camera—you’re going to want to capture those views!

If you’re ever in Lahore, make sure to visit Data Darbar. It’s one of the most sacred places in all of Pakistan and is home to the shrine of Ali Hajweri, also known as Data Ganj Baksh. The shrine is a beautiful sight to behold and is always filled with people praying and paying their respects. If you’re lucky, you might be able to catch a glimpse of the musicians who play there—they’re some of the best in the business. Data Darbar is definitely a must-see for any visitor to Lahore.

When you’re in Lahore, you definitely have to visit the Lahore Museum. It’s one of the largest museums in Pakistan, and it’s home to a vast collection of artifacts from all over the country. The museum is divided into several sections, including archeology, crafts, textiles, and Islamic art. And if that’s not enough, there’s also a section dedicated to the Sikh period in Lahore’s history.  So if you’re interested in Pakistani culture and history, the Lahore Museum is a must-visit.

If you’re ever in Lahore, you have to visit the Grand Jamia Mosque. It’s one of the most beautiful mosques in the country, and it’s a major tourist attraction. The mosque was built in the late 1800s and is a mix of Mughal and Islamic styles. It’s made of red sandstone and marble, and the interiors are decorated with intricate carvings and calligraphy. The mosque can accommodate up to 70,000 worshippers, and on Fridays, it’s absolutely packed. If you want to visit, be prepared to elbow your way through the crowds!

If you’re looking for a place to shop til you drop, then Anarkali Bazaar is the place for you. This busy marketplace is home to everything from clothes and jewelry to spices and souvenirs. Anarkali Bazaar is named after a courtesan who was said to have had an affair with Mughal Emperor Akbar. The market is located in the old city of Lahore, and it’s one of the oldest and largest markets in the country.

There’s no shortage of things to see and do at Anarkali Bazaar. You can haggle with shopkeepers over the price of souvenirs, or simply wander through the maze-like corridors and admire the colorful goods on display. And don’t forget to try some of the delicious street food!

Pakistan’s cultural capital, Lahore, is a must-visit city for any traveler. With a rich history and vibrant neighborhoods, Lahore has something for everyone. To get the most out of your visit to Lahore, be sure to check out these 10 must-visit places.